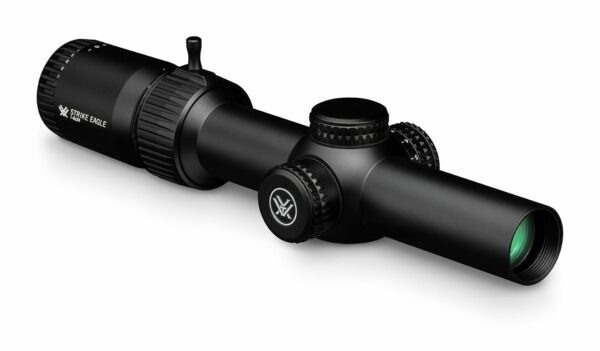 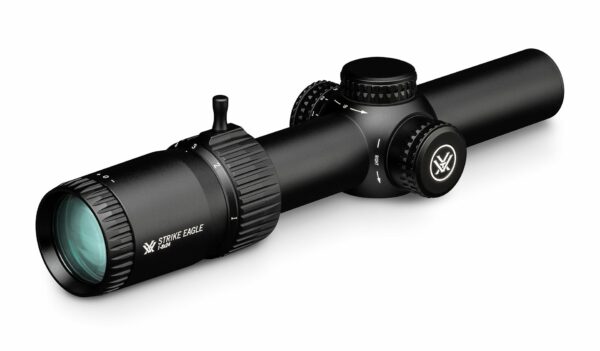 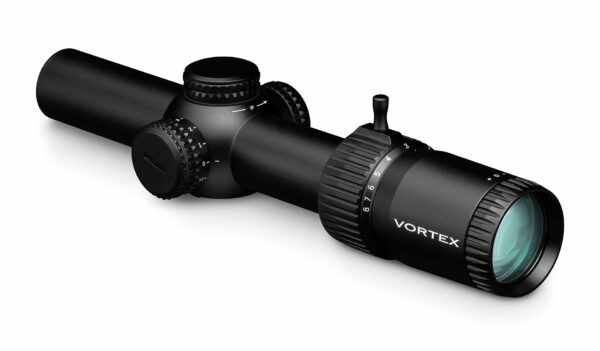 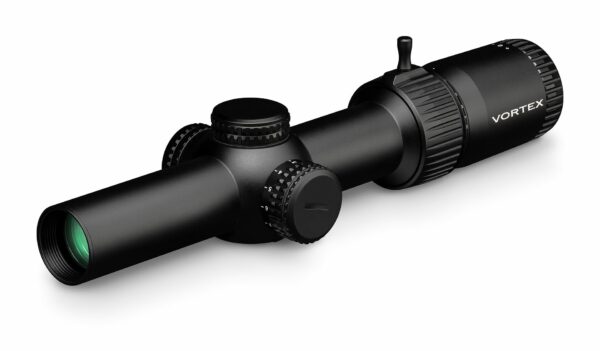 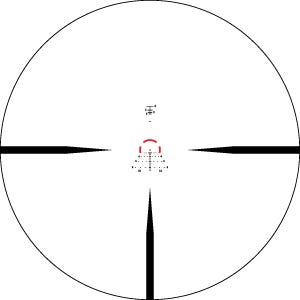 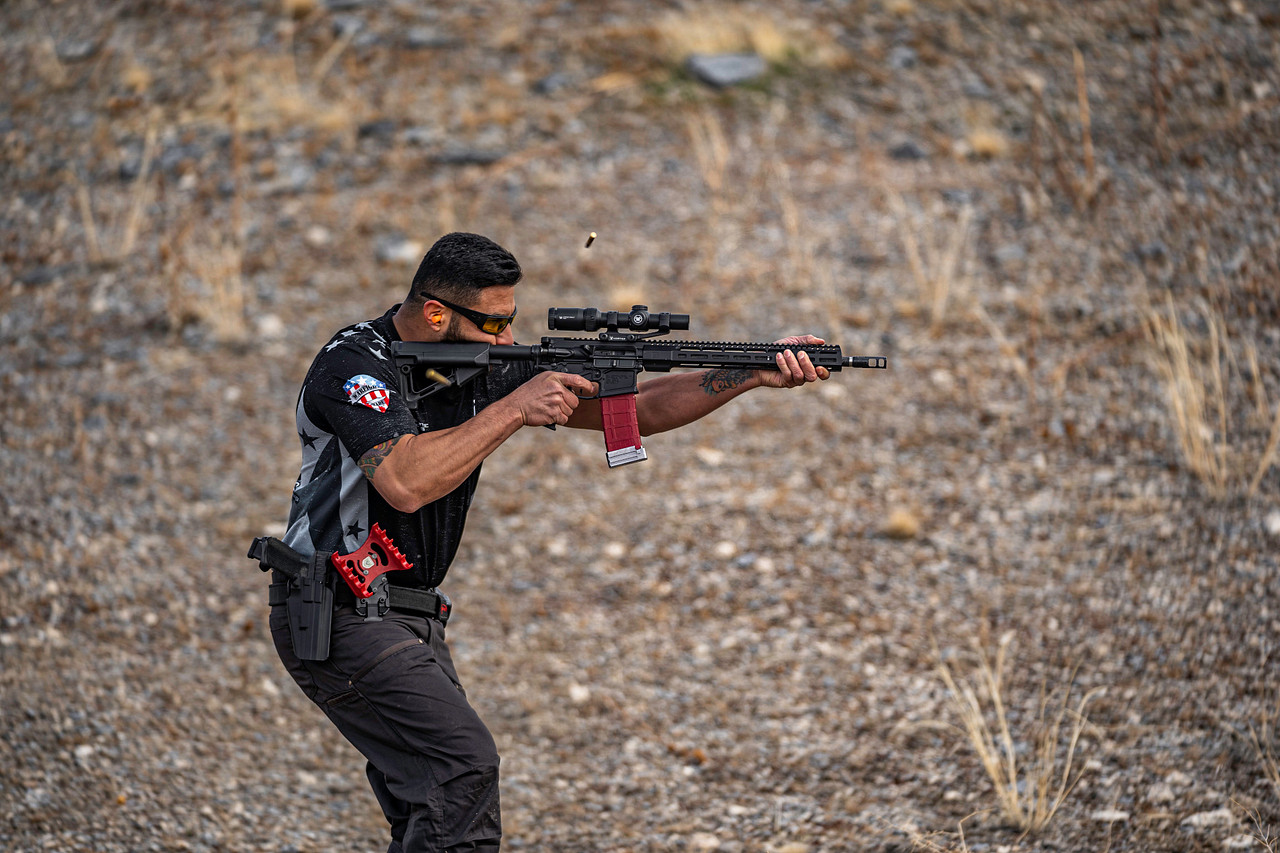 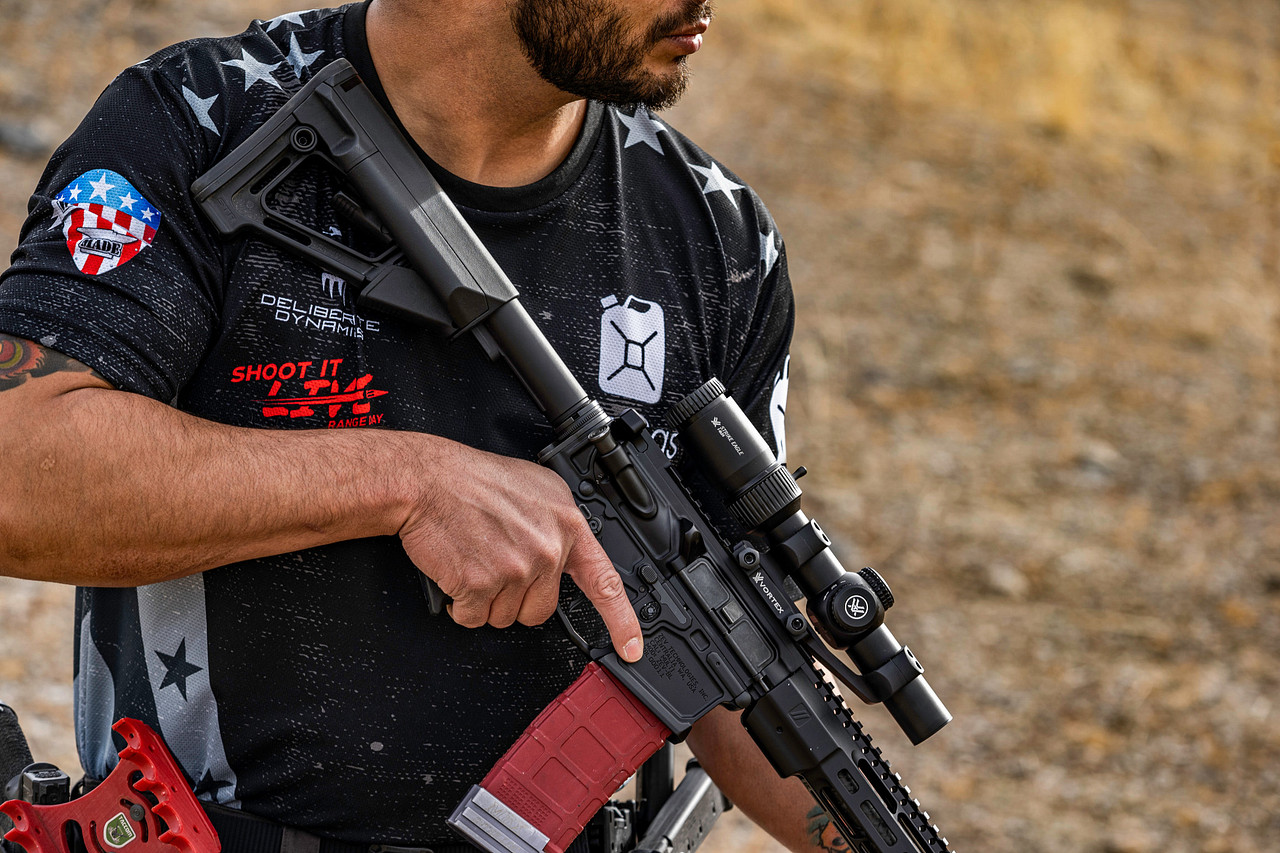 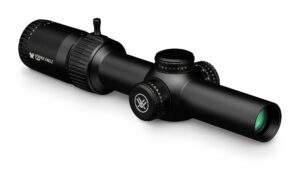 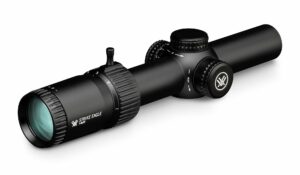 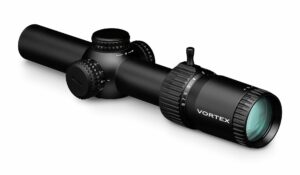 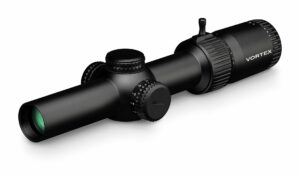 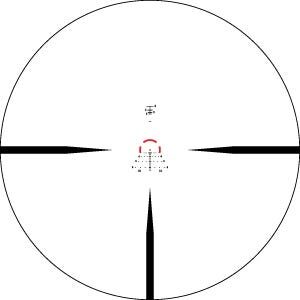 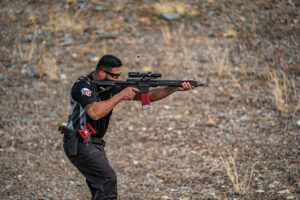 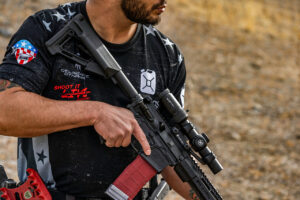 In the second generation of the Vortex Strike Eeagle riflescopes, several significant design changes were introduced, which allow for faster target acquisition, shooting at short and long distances (up to 595 m) and a rapid change of magnification after each shot.

The tube is made of one piece of 6061-T6 aircraft aluminum, thus ensuring resistance to recoil, corrosion and mechanical damage.

The anodized tube has a highly durable anti-reflective finish to prevent scratching and abrasion.

Precise sealing and filling the optics with dry nitrogen, completely eliminates the problem of internal fogging of the lenses (dew) and provides IPX7 protection, as a result the telescope is resistant to rain, snow and immersion in water.

The tube with a diameter of 30 mm provides a wide range of vertical and horizontal adjustment (140 MOA), allowing for shooting at a distance of up to 595 m.

A hard and durable ArmorTek coating was applied to the outer lenses, protecting against scratches, dirt, moisture and oils.

Such construction means that the telescope can be safely used in all weather conditions, without fear of damage to the optics.

A practical zoom lever is attached to the eyepiece, which allows you to quickly change the magnification between shots.

The rifle scope has XD glass lenses with a low dispersion coefficient, which results in excellent resolution and contrast. Another advantage of the glass used is its relatively low density, which makes the optics lighter.

The parameter that distinguishes the Strike Eagle from the market competition is the high light transmission, which affects the brightness of the image even in unfavorable lighting conditions.

Multilayer anti-reflective coatings were applied on all air-to-glass surfaces. As a result, the image is bright, edge-to-edge sharp, has high resolution, is color-accurate and even at full 8× magnification, the target is clearly visible.

The Vortex Strike Eagle 1-8 × 24 scope features an illuminated AR-BDC3 second focal plane reticle. The reticle in the background does not change its size with the change of magnification, thanks to which the reticle does not obscure the target at a greater zoom.

Correction angle values ​​are accurate at the highest magnification. The illuminated reticle with a single magnification acts as a collimator sight, allowing for dynamic shooting at short distances.

The center dot has an 11-step illumination adjustment. A wide range of adjustments enables comfortable work regardless of lighting conditions.

To ensure maximum resistance and reliability of the optical system, the reticle was etched with a laser and secured with two layers of glass.

The large eyerelief (89 mm) allows the shooter’s eyesight to remain relaxed, as entering the target does not have to adapt to the field of view.

It also enables comfortable use of the scope by people using corrective lenses and protects against the recoil of large-caliber weapons.

The illuminated, glass-etched AR-BDC3 is specifically tuned to the ballistic performance of common 5.56 loads out of an AR-15. The 1 MOA center dot provides a precise point of aim while the surrounding 18 MOA horseshoe gets your eye into the center faster for rapid target acquisition, and the BDC keeps you on target out to 600 meters. 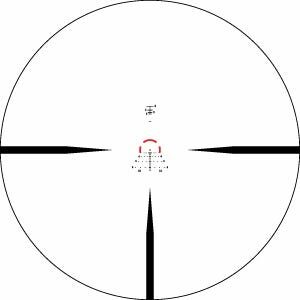